Negotiating with your head! 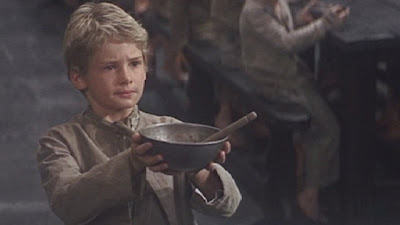 "The team has worked really well as a unit over the past 3 months, which is something I feel should be rewarded in turn". Not only is the output a false representation of your feelings, but it is now unclear to the manager as to why the meeting was scheduled! Do you want a office paintballing day out or a personal raise?
Aggression

"Expressing your own needs, wants and opinions (which may be honest or dishonest) in inappropriate ways" (p3)

You have a disagreement with a colleague, which pushes you over the edge after a long couple of working weeks.

You burst into the managers office and demand that changes be made to your department, in turn naming and shaming several employees in the process.

Different approaches yield different consequences as a result - although every situation is different from the next, the end result must always be taken into consideration.

Have you had to negotiate in difficult situations previously? How did you approach and undertake this?

1. A person who uses strength or power to harm or intimidate those who are weaker

The word bully (or term bullied) can bring back memories of a negative kind for a large deal of people - be it through personal experiences, or that of their children, partner or friends. The bleak reality is that bullying is something that will always exist in society, most noticeably in schools.

"A person is bullied when he or she is exposed, regularly and over-time, to negative actions on the part of one or more persons" (Olweus - cited in Besag - 1989, p1)

I myself know of victims of bullying during school years, with the course of action taken in the majority of cases by the schools involved being insufficient in bringing about a permanent change. In one particular long-term case of bullying, the schools decided path to resolution involved speaking to the bullies' parents - a questionable approach. I say this with the following mindset; if a child is fearless enough to antagonise a fellow pupil, then surely they are deserving of the consequences?

My opinion in regards to the aforementioned case is not to be misinterpreted as a generalisation of how all educational establishments deal with bullying - it is merely an example of what I think was poorly made decision. To truly and efficiently begin to tackle a bullying situation, I believe a comprehensive understanding of the conflict occurring should be transferred from the victim to an appropriate figure.

Although I understand that every bullying case is different from the next, a program with a structure (of sorts) wouldn't go amiss in assisting the processes of understanding and resolution. The steps of constructive talking (McConnon, 2010) could serve as an effective starting point, with the first two being especially applicable:

1. Talk about what they are feeling, including key concerns and needs

2. Encourage the use of 'I' language - helping the subject feel heard, as well as aiding the rebuild of self-esteem

Although school years are said to be the 'best of your life', this is unfortunately not the case for all, which makes helping those that fall into the latter all the more important.

Taking these foundation steps would prevent rash decisions being made in early stages, whilst constructive conversation would allow a figure of authority to reflect on what they have heard prior to deciding on further action.

Do you think enough is done to resolve bullying in schools?
Have you been a victim? In what situation/s? Did you reach out for help? 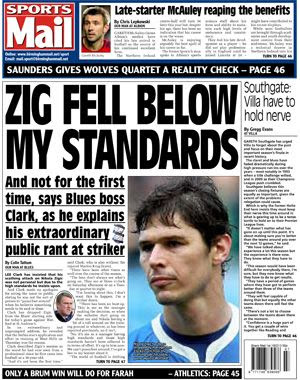 Last Friday, sparks of controversy and conflict within my hometown football club, Birmingham City. In a press conference, club manager Lee Clark publicly criticised and dropped striker Nikola Zigic from the 16-man squad for the weekends fixture with Watford, following what Clark described as "the worst training session in terms of a professional footballer I have ever come across". As anticipated, opinions were very much split on the matter afterwards, with some supporters empathising with Zigic, and others backing the firm stance made by Clark.

Personally, knowing that Zigic is on  roughly £50,000 a week (whilst the club continue to struggle financially) and not training to the highest possible standard infuriated me, especially as the majority of supporters would be overjoyed to playing football for a living, regardless of wage.

Within the 4 frames of conflict (Fox, A – 1966), the Unitarist frame that promotes harmony and togetherness within an organisation is something that has come to be expected within sports teams - more so in the case of high profile clubs and teams who have a burden of expectancy to top leagues and win trophies. Why? Well what hope is there for a team to perform at full capacity if its levels of coherence aren't at a peak? Should this harmonious screen become cracked, quick restoration must be made to cover any presence of conflict.

Countless examples of such quick-fire cover-ups have been seen previously, prime examples of which involving big name footballers acting irrationally on Twitter (such as Ashley Cole's outburst), in turn tarnishing their personal reputation, as well as their clubs. ﻿


It was somewhat of a push against the grain to see a manager openly criticise a player - whether he was right to do so is a matter for supporters to debate amongst themselves. Arguments have been made that starting Zigic would have set a bad example to younger players in regards to the required work ethic (which I agree with), whereas other supporters have focused more on the needs of the team, within which Zigic has played a key role at stages over the past 2 seasons. Inevitably, criticism of the situation will be dragged out by the press in an attempt to stir up tension.

Was the right decision made?
Is it better to openly engage with conflict rather than ignore it?
Have you found yourself in similar positions of difficulty?